What was the significance of the recent ‘Brackets’ Google update? 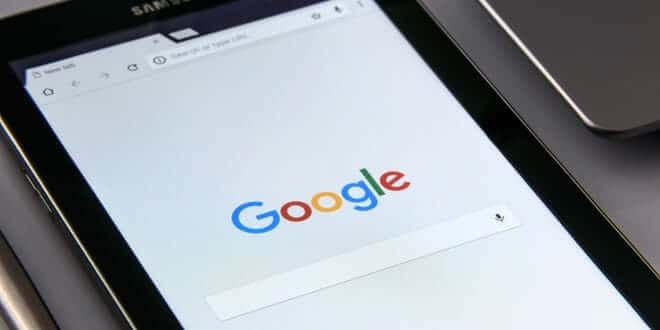 In its own words, Google only releases broad core updates to its algorithms “several times per year”. So, the recent news that the search giant issued another one – dubbed ‘Brackets’ – in early March got a lot of website owners wondering what the implications could be for their businesses.

The answer is: not necessarily that much. Nonetheless, it’s worth us taking a closer look at what the ‘Brackets’ update should mean for your firm when you are on the lookout for an SEO services company.

First of all… what about that name?

As confirmed on Twitter by Google’s public liaison of search Danny Sullivan, the update’s status as a core algorithm update meant it did not have an official name. Nonetheless, digital marketing veteran Glenn Gabe stepped in by calling it ‘Brackets’, which has widely stuck.

It’s not a name that’s likely to have a huge amount of resonance to a British audience. It basically refers to the timing of the update, around the time of the NCAA basketball championships, during ‘March Madness’.

When did the update happen?

Although it took until 12 March for Google to confirm that an update had taken place on 7 March, volatility was observed to have spiked as early as 4 March, continuing for almost two weeks. This raises the question of whether ‘Brackets’ took the form of multiple updates over time or a single prolonged, rolling update.

What did Google have to say about the change?

Google’s statement on ‘Brackets’ read: “Each day, Google usually releases one or more changes designed to improve our results. Some are focused around specific improvements. Some are broad changes. Last week, we released a broad core algorithm update. We do these routinely several times per year.”

That sounds rather vague, but another key Google man – John Mueller – was able to provide greater insight, explaining: “[A] lot of the updates that we make are more around relevance. Where we’re trying to figure out the relevance of certain queries, and not so much a matter of quality overall.”

‘Relevance’ really is the key word

Read that again: as outlined by Mueller, this update appears to be about relevance rather than quality. It’s therefore helpful for us to clarify exactly what the difference is between those terms.

The earlier Penguin algorithm update, for example, very much dealt with quality, seeking to punish sites that used backlink spam in an attempt to manipulate the search results.

Alternatively, it may be that a given webpage actually serves up a high standard of content, with the site owner having made no attempt at manipulation… but despite this, it may have little or nothing to do with certain search terms for which it ranks highly.

That’s what the latest ‘Brackets’ update was focused on – demoting search results that didn’t have much relevance to what the given user was searching for.

So, what should you be doing in response?

The answer to this one might well be… nothing. The update is simply aimed at making it easier for someone to find the most relevant results to their queries through Google.

Even if some of your pages took a hit from ‘Brackets’, there’s not much that you can do… other than continue to create the most compelling and sharable content in accordance with your website’s overall theme.

In the process, of course, it also helps to have the right SEO services company by your side. Get in touch with the PENNInk Productions team today on 020 8144 7931, and you can learn more about precisely why we are that company.

3 vital stages in getting your branding process right

Your font choices matter more than you think

Is it better for your brand to be a leader or a follower?

Are stock photos an absolute ‘no-no’ in marketing?

Are there any reasons to say no to a new website?

How can we help?

3 vital stages in getting your branding process right

We use cookies to ensure that we give you the best experience on our website. If you continue to use this site we will assume that you are happy with it.OKPrivacy Policy